On February 2, 1951, The Rev. Earl E. Nance, Sr., an associate minister of the Galilee Baptist Church and a public school teacher, was called as Pastor. With a congregation of 18 and a great deal of faith in God, Reverend Nance accepted the great challenge that he knew was before him.

The first thing Pastor Nance did was let the people know that the run down building was not a proper place of worship God. He felt that the house of worship should be just as nice, if not nicer, than any other public housing. Some told Reverend Nance that it would impossible to build a new church at this time, but Pastor Nance said that nothing is impossible with faith and a lot of hard work. So, undaunted, Reverend Nance became the contractor and the members and friends of the church became the laborers, painters, and bricklayers. After a year and seven months, the dedication services were held from Sunday, October 26, 1952 to November 9, 1952. The final dedication message was delivered by the uncle of Pastor Nance, The Rev. John E. Nance, then the pastor of the Washington Tabernacle Baptist Church. It was during this service that the name of the church was changed to Greater Mount Carmel Baptist Church.

To make way for urban redevelopment, the church was sold in 1956 for almost twice its original cost, and in less than five years. You can see from this single example, that we were blessed to have a minister of Reverend Nance’s caliber to lead us. He not only was a great pulpiter, but a capable administrator as well.

For the next two years church services were held in the Baptist Educational Building at 1411 North Grand Boulevard, while our edifice at 1617 North Euclid was being erected. On the First Sunday in January, 1960, we marched into our present church. The church’s seating capacity was 750, and had a membership of 725 families. The church thanked God daily for sending such a leader in Pastor Nance, Sr. Early 1994 Pastor Nance, Sr. announced that he would no longer Pastor the Great Mount Carmel Baptist Church. He named his son, Reverend Earl E. Nance, Jr. as his successor. Reverend Earl E. Nance, Jr. was installed as the Pastor of Greater Mount Carmel on Sunday, April 24, 1994. Reverend Earl E. Nance, Sr. served as Pastor Emeritus until his death on April 4, 2000.

Greater Mount Carmel, under the leadership of our current Pastor Reverend Earl E. Nance, Jr. has undergone major renovations. Today our edifice speaks of royalty, the place of worship for children of the King, with deep purple and white décor. To the Greater Mount Carmel Church Family its value is priceless.

We are still prayerful that God will continue to give Reverend Nance, Jr. His grace and wisdom to lead us to greater spiritual heights. 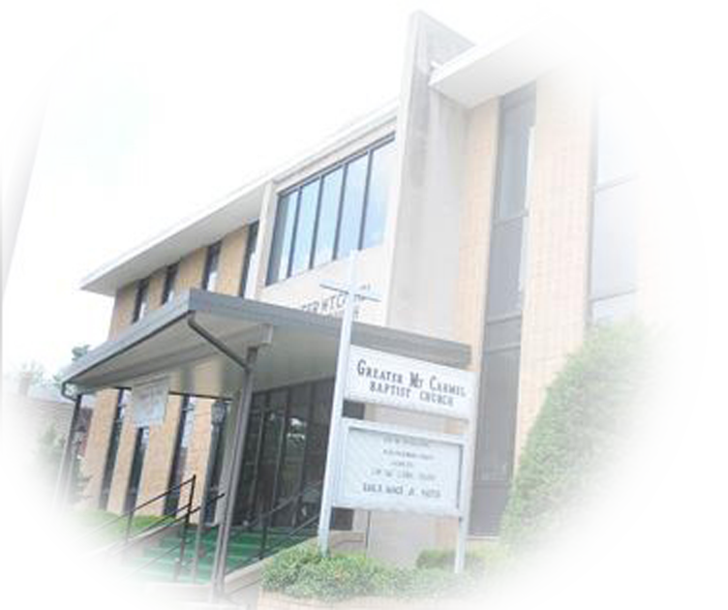